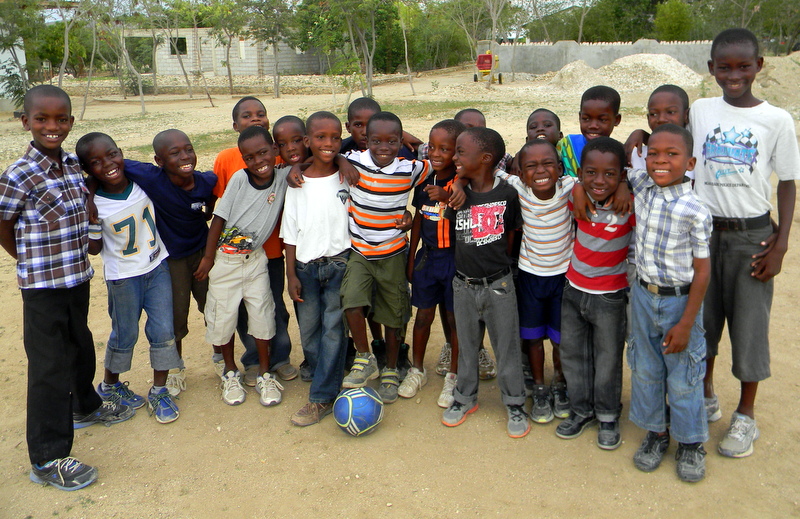 Next week, the school will hold second period exams.  Before hunkering down into the stress of exam week, the school staff planned a recreational day to encourage and motivate the kids and give them a chance to have some fun.

There were lots of games….

…and a mini soccer match.

Some of the teachers also prepared special treats.

One game they played involved hiding little pieces of paper around the classrooms.  Each paper had a prize of some sort written on it.  When a student found one of the papers, they took it to the announcer to claim their prize.

Smiles all ’round.  (Raoul totally photo-bombed the girls, but it made for a good picture!)

Now, to get ready for exams…