Well I am really behind so get ready… this is going to be a long one! Our internet has been on again/off again for the last few weeks which makes it a little difficult to get the blog updated! (My apologies for the inconsistencies in font size and type, I have tried repeatedly to fix it but “blogger” has decided to do everything in its power to drive me crazy today and just won’t change it!)

First, the promised pictures from the Lake Tomahawk Team!

The majority of the team put on an English Camp for our primary school students. It was wonderful to watch the kids learning English and having lots of fun while also learning Biblical truths. 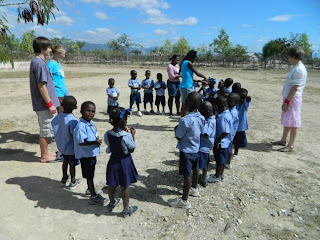 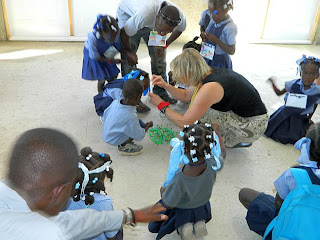 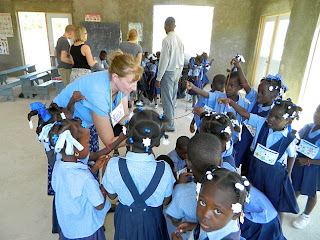 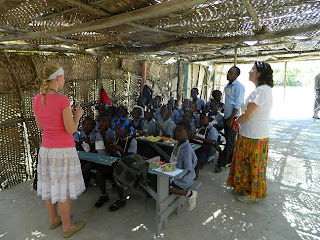 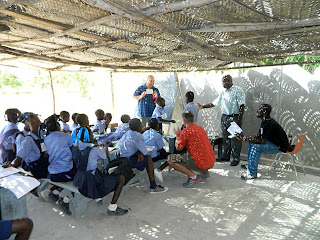 While the rest of the team did the English Camp, Marcus, Rick and Alan worked with some of our guys on putting in a kitchen at Dadithe’s house. This kitchen will be used for the Women’s Professional School that she plans to open. More importantly than just putting in the kitchen though, these men spent time with some of our men, teaching them new skills (cabinetry) and how to use the new tools they brought down… including a table saw! Yes, they get a table saw in their suitcases! 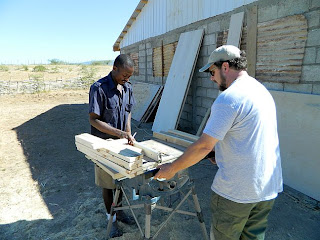 Second, I want to FINALLY officially introduce you to our two “new” team members here on the Plateau! 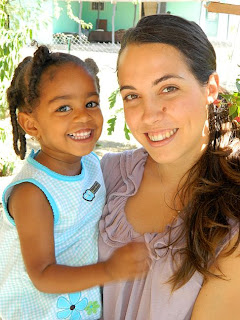 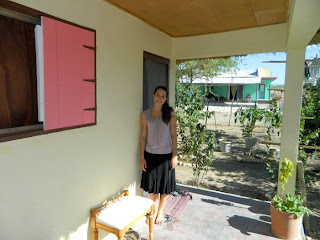 Krischelle Frost is not exactly new, she has been here multiple times and was actually here last year teaching English. She has returned this time in a different role though… drum roll please… Krischelle is taking over the bookkeeping!!! YAY!!! She is doing a wonderful job and we are infinitely grateful for her willingness to accept the position.

In addition to the bookkeeping, Krischelle is also teaching a Bible Study in the church, helping me with the girls group (more on that coming soon), tending her garden, working with the Church Chorale, and a million other helpful things. 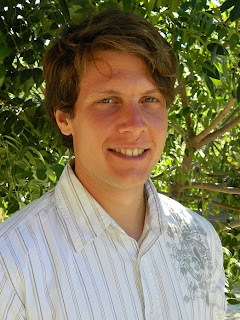 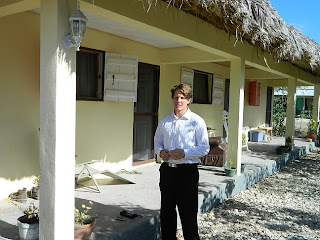 Samuel Schafer has come to us all the way from Germany and we are so excited to have him here! Sam first came to the Plateau with Bonita Sparling in 2007 to help with a summer camp. He was spending the year working with a German couple in the south of Haiti for his civil service. He then came back the next summer to help again with camp before returning to Germany. He had been interested from that point in coming back to the Plateau to work with Lemuel, and Manis could see what a huge help he would be, but the timing was in God’s hands.

After meeting up with Sam again in Pennsylvania this past summer and talking through the possibilities, it finally worked out for him to come! He is currently learning the ropes and will soon be taking over the bulk of the day to day maintenance and development projects from Manis. He is a huge help and we are so grateful to have him here.

Thanks to Sam, Lemuel also, for the first time, has literature in German! Sam went into Port-au-Prince this past week to visit the German Embassy and some other offices to look into finding assistance for the Food-for-Work program we hope to start in the New Year. He felt it would be awkward for him, as a German, to take English literature to the German Embassy so he translated the brochure! 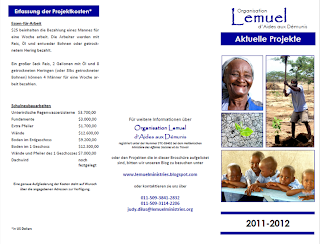 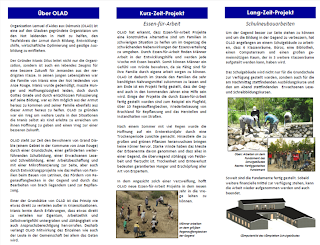