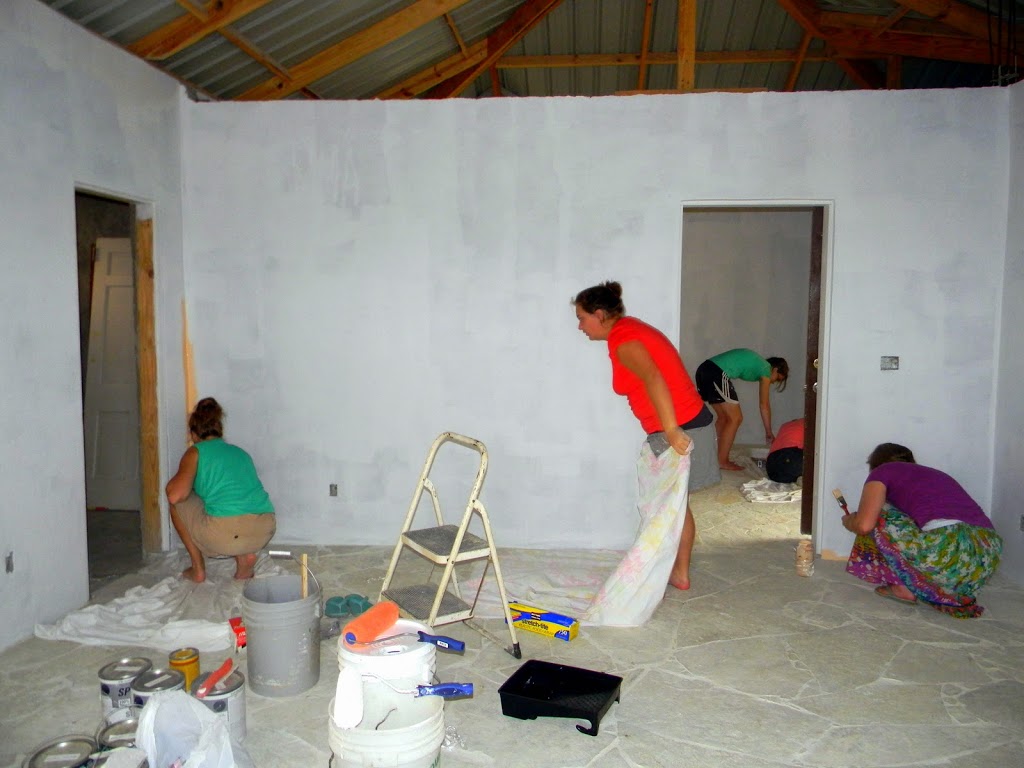 Haiti…the country where you make plans A,B, and C, then decide on Plan D, and then execute Plan F when something goes wrong in the middle of Plan E.
As you read the story of the last week and a half, you may lose track of the number of time plans changed.  But at the same time, you will get a glimpse of what it is like to live and function in a country like Haiti.  And yet again, you will be able to trace the amazing hand of our God, who is never taken off guard by unexpected circumstances.
A week and a half ago, Bonita went into Port-au-Prince on a Friday with the plan to run a few errands, pick up her new intern from the airport on Sunday, and return to the Plateau by car on Monday.
Friday and Saturday went off without much of a hitch.

But by Sunday evening, our driver, Tiga, developed unbearable pain in his abdomen.  His cousin took him to a private hospital nearby. He was diagnosed with appendicitis.

The next morning, Bonita (who was staying with a friend outside of Port) tried to get into the city, but roads were blocked with burning tires and gangs of protesters throwing rocks and attacking vehicles. The public transportation workers were striking against the government and rioting due to high gas prices.
Tiga’s situation worsened, and the doctor said he needed surgery immediately, but they wouldn’t do it until they received $16,000 HT–that’s about $1800 US.  Bonita had grabbed some money before she left home, although she had not bothered to count it at the time.  She had the exact amount…to the last dollar!  But, she couldn’t get to the hospital….
At the same time that all of this was happening, Bonita’s intern, Rachel, was scheduled to arrive at the airport.  But, Bonita couldn’t get to the airport either.  After multiple phone calls, she was finally able to find someone–the relative of a trusted taxi driver–willing to go to the airport and look for Rachel. Two hours after she was supposed to have landed, he was unable to locate her.  After some rather tense moments of waiting, we finally received the news that he had found her.  In fact, we found out that her plane had been delayed an hour and a half, so she had not even been waiting for very long.
But where was she to go?  She couldn’t get to Bonita and Bonita couldn’t get to her.
Thankfully, a friend and pilot with Missionary Aviation Fellowship was willing and able to take her in for a night.
Meanwhile, back at the hospital:  Tiga’s cousin, Petion, convinced the surgeon to start the surgery while he went to meet Bonita part way to get the money.  On the way to meet Bonita, Petion was stopped multiple times by gangs asking for money. As he drove back to the hospital with the money in his hand, he was not stopped once.
The surgery lasted for three hours.  Before they were quite finished, they ran out of anesthesia.  Tiga woke up, and they had to tie him down to finish stitching him closed.  Although Tiga was in horrendous pain, if he had not been the one to drive Bonita into Port-au-Prince that weekend, he very likely would be dead. The closest hospital to us on the Plateau is one and a half to two hours away.

When Bonita went to see Tiga on Tuesday, the area where the hospital is located was surrounded by the signs of burning tires. How Petion was able to get out and back that day is only a testimony of God’s hand.

So, instead of coming up in the car with Bonita on Monday, Rachel arrived on the Plateau in a plane with a team from Timothy Christian School in Chilliwack, British Columbia on Tuesday.

The team came to participate in a variety of projects, including mounting the blocks for a depot for Samuel’s Trees.  The depot will be used as part of the tree nursery.

It is always a special joy to see people coming from other countries to work alongside our Haitian staff for the sake of this community.  We greatly appreciated the TCS team’s flexibility and willingness to come as learners, despite the fact that several of them were already experienced in construction.

As the men worked on the construction of the depot, the ladies painted the house where Krischelle will be living.

Speaking of changing plans, one reason Bonita had gone into Port-au-Prince was to buy the paint and supplies for painting the house.  But, no vehicle was able to come back to the Plateau.  On Tuesday, when the team arrived, we still had no supplies…and no paint, for that matter.

On Wednesday morning, we were finally able to arrange a way for the paint to make it to Gonaives. (This involved about 5 different plan changes, by the way). The only vehicle left on the Plateau able to make the journey to retrieve it was the green box truck belonging to Manis’ business (both the 4-Runner and the bus were in Port).

Since they were unable to begin sanding or painting, the ladies willingly pitched in for a morning to help Mme Bogi and Widline collect gravel on Samuel’s land for the construction of the cistern that will go on top of the depot.  By the afternoon, we were able to find some acceptable sand paper, so that they could begin sanding the walls.

The painting supplies finally arrived on Wednesday evening, except for……the paintbrushes. Thursday morning involved a scramble to scrounge up any usable paintbrush that could be found (thankfully, between Judy and Krischelle, there were three).

Finally, they were able to begin.

The house looks beautiful, and they will always be remembered as doing the CLEANEST paint job we have ever seen!

The men finished were finished on the land by Friday, and proceeded to help out in various other projects as well.  Some cut and installed a decorative edging around the edge of the gazebo ceiling…

(PS For those of you familiar with our gazebo, there is no longer any danger of a baby bird falling from the nests in the roof into your plate of food.)

…while others worked on door frames for the school latrine…

…and discussed plans for the latrine roof.

The team also spent some time out in the community with some of the families on the Plateau.  And they did the first-ever motorcycle tour of Anse-Rouge and the salt flats…it was a big hit!
We would like to shout out a huge THANK YOU to the TCS team for their whole-hearted participation with us, as well as for their desire to spend time with the people and get to know our community.
Rachel, meanwhile, became acquainted with her host family and participated with the team as she waited for Bonita to arrive back on the Plateau.  She will be spending the next five months with us, going through Bonita’s internship program, learning about Haitian culture, and assisting in the ministry of Lemuel.

Finally, innumerable plans later, Bonita was able to return to the Plateau on Thursday…

…but we still haven’t found the paintbrushes.