When the roofing team was here from Canada they were disappointed not to be able to finish the last quarter of the church roof. A miscalculation had caused a shortage in 2x8s and since there is no Home Depot down the road, they had to leave it like that. We were grateful to be able to use the church anyway – we just avoided sitting at the very back! 🙂

Last week the container arrived with all the 2x8s plus some! Because the roofing team had taken the time to work with men in the community and to teach them, some of those men were able to complete the roof.

David Muchmore, whose two weeks here ends tomorrow, was able to put up the gutters on the church as well. Now we can capture rain water in the underground cistern. Along with some of the men, he was also able to put in the doors and windows in the offices at the back of the church. 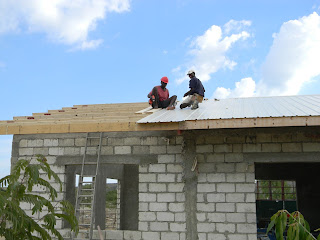 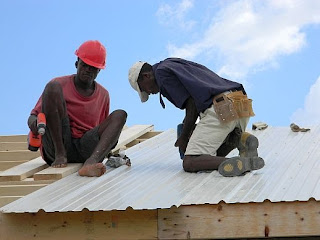 Gulbert and Mezou putting up the rest of the metal roofing. 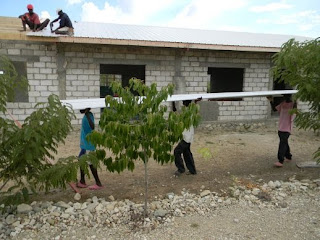 Three other guys carry the sheets of roofing to the church. 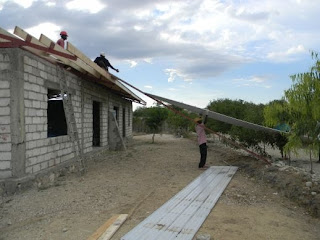 Using the method the Canadian team used to get the sheets up on the roof. 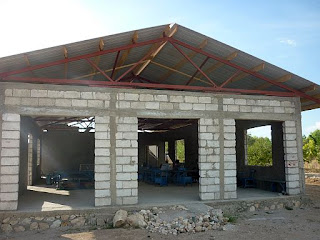 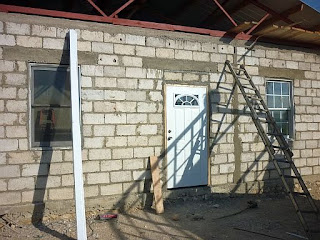 The offices in the back of the church.