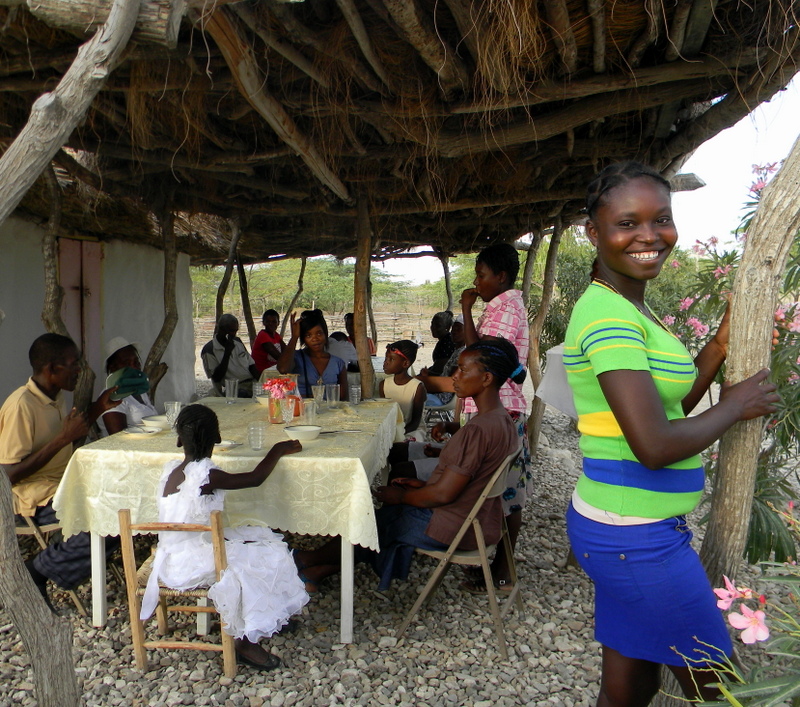 For the months of July and August, we took a brief hiatus. But, that certainly does not mean that life stopped! Here are some of the exciting things that took place during the last two months…

Summer vacation from school, combined with a pause in Lemuel’s regular activities, allows for some different and unique opportunities to invest in the people of our community.

Together the girls studied the battle between God and Satan—a reality that presents itself far differently on the Plateau than it generally does in a Western context. These girls are very familiar with Satan’s existence and power. However, their study in God’s word demonstrated that Christ has defeated Satan, that they can have freedom from fear, and that they have a choice to make in regards to who they will serve—it’s one or the other.

At the end of their class, the young ladies treated Lemuel’s administration to a meal and presentation featuring all they had learned. It was a beautiful Saturday afternoon.

As we arrived, each of us was greeted with a smile and escorted to our seats. The girls had decorated the seating area and set the table beautifully.

As we ate, they sang their songs for us and presented a summary of their study in the Bible. The final paragraph translates thus:

After a soccer game, there is a winning team and a losing team.  While the players are returning to their homes, the losing team can throw rocks at the winning team, beat them, insult them…but none of that can change the fact that the other team has won.  God has already won the battle.  We who are on His “team” are on our way home to Heaven.  While on the road, Satan can hassle us, shoot arrows at us, and tempt us to do things that sadden God’s heart.  But none of that can change that we already have victory in Jesus.  He has prepared Heaven for the people who trust in Him, but Satan and the people who follow him are on the road to Hell.

The verdict? Well, let’s just say that we wouldn’t mind being treated to such an event every Saturday! Manis was so impressed, that he gave them the Sunday service in which to share what they had learned with the entire church (minus the food).

The following week, the girls held a second meal and presentation event, this time for their proud parents.

Linda and her mom, who is in the background, left.

One thing we look forward to every vacation is the return of some of our youth who are away studying in various cities. It is always a thrill to see how they are growing, and it is also a relief to pass on some responsibilities to them. This not only lightens our load, but it gives them experience.  It also enables us to see where they are at in their capacity and maturity and to encourage them in their development.

Thony—who is in Port-au-Prince at seminary—was back with us for a number of weeks. In the spring, while he was in Port-au-Prince, he had the opportunity to participate in a soccer ministry with Ambassadors Football. Taking what he had observed and learned, he organized a weekend soccer tournament on the Plateau in August.

(PS This is not us.  There’s a different community named “Plateau.”  Yes, it’s confusing.)

Four teams from four different communities (including our own) participated in the championship.

Bonita even organized a first-aid team to take care of minor injuries.

Thony opened up the tournament with a presentation of the Gospel, given by Samuel. Several of the guys expressed interest in accepting Christ and others in participating in a Bible study. Thony and Samuel are following up with them.

These have been special opportunities to share Christ’s love and message with the community and to witness growth among our youth. Only God’s Spirt can change hearts; please pray that He would produce spiritual fruit in the lives affected by these activities.