One of the big problems we face here on the Plateau is the incredibly low standard of education. In Port-au-Prince we can focus on strictly non-scholastic formation and discipleship knowing that our students are getting quality educations at the schools they attend. On the Plateau, however, the schools leave a gaping hole in the area of scholastic formation. If we hope to make a difference in this area we must find a way to ensure a quality education for at least some of those who will be the area’s future leaders. For this reason today the following students left to go to Port-au-Prince to continue their schooling there.

They will live in the Lemuel House under the care of Leon Cameus and his wife and will go to school at a Christian school only about a 5 minute walk away. Every night Leon has devotions with the students and they rotate who is responsible to lead them. We have already seen the positive impact of these times in Mezilien who was there last year.

It was hard to see them go and they will all be greatly missed, but their parents have chosen to send them because they know this is the best thing for them long-term.

The cost to send each of these students to Port-au-Prince is $100 a month on top of their school tuition of approximately $50 a month (including entrance fee). Below I have marked those students who are already being sponsored. If you are interested in sponsoring one of these students, even in part, please contact me at judy.dilus@lemuelministries.org. 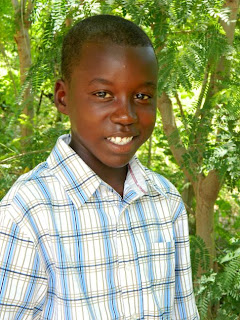 Jeffson’s mom was only 14 when he was born in 1999. He has been her little “man” ever since. He helps her with his younger siblings, the garden, the livestock and even making food. He is so bright that he almost single-handedly won a competition at church of what family could answer the most questions regarding sermons and studies from the week. The prize was a ferro-cement cistern for his family so that they can now catch rain water off their new metal roof.
Jeffson is sponsored. 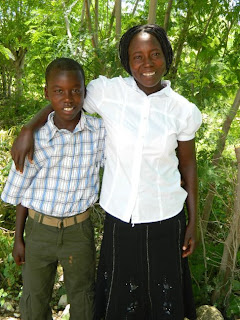 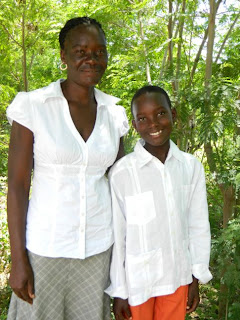 Billy (pictured with his mom, Suzette) also just passed his 6th grade state exams. He grew up in Gonaives but came to join his mother on the Plateau after hurricanes Ike and Hannah caused massive destruction there. He is a bright, sweet kid who helps his mom a lot with his baby sister Isabelle.
Billy is partially sponsored.
Olinda Louis-Juste 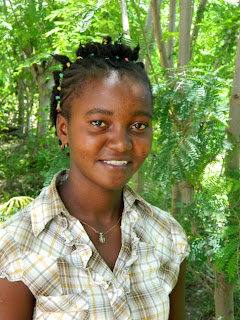 Olinda is 17 years old. She will also be going into 7th grade. Although somewhat behind for her age, Olinda is passionate about school and learning. She is always eager to learn anything you can teach her. Olinda’s mom died when she was eight and her dad died 4 years later. Since that time she has been the responsibility of her older brothers and sisters. For a while we thought she wouldn’t be able to go because her oldest brother, who is her primary caretaker, just couldn’t afford to cover her expenses. But within the past week it has been amazing to see her whole family rally around her, each giving what they could, so that she could continue her studies. Her little 13 year old brother even sold his goat so that he could help send her to school too. Tears came to my eyes when Manis told me her brother asked if we would buy the goat because this time of year it is hard to find buyers. We are now the proud owners of another goat 🙂
Olinda is not yet sponsored. 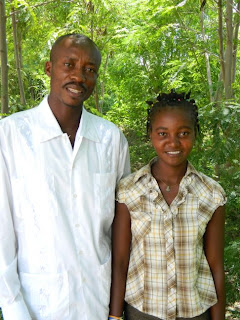 Olinda and her oldest brother, Gilbert. 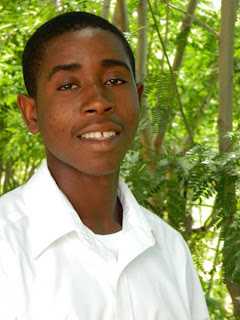 Obed will be going into “Segonde” which is the 11th of 13 grades in Haiti. No matter what school Obed attends he is always first in his class. He is so bright he helps students in higher grades do their homework. Obed hopes to study agronomy after high-school and plans to some day return to the Plateau to work.
Obed is partially sponsored. 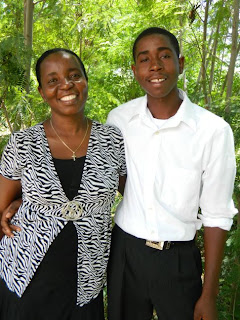 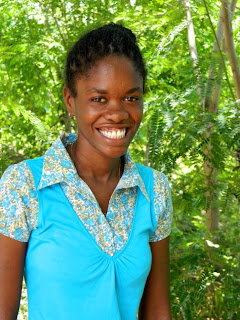 Josiane will also be going into “segonde”. She has been a huge help to us here on the Plateau for many years now and we will miss her terribly! Josiane struggles with school but is determined to get as far as she can. The Haitian school system is not designed to encourage everyone to complete high-school, but rather to weed out as many potential university candidates as possible. However, if she can complete segonde and possibly Rheto (the 12th of 13 grades) it will open up many more opportunities than if she stops where she is.
Josiane is not yet sponsored. 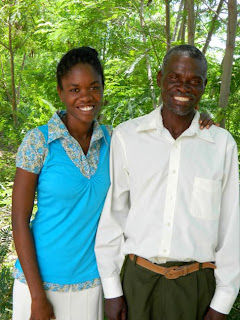 Josiane and her father, Obert. 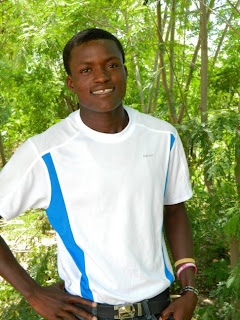 Mezilien, or Mezou as he is known here on the Plateau, will be going into Rheto. He was in Port-au-Prince last year and, despite starting out behind, was able to excel. Mezou is incredibly bright but also has a heart for his home. He is not interested in going to live in the big city, but rather to learn as much as he can there that he can bring back and use to improve his home town.
Mezilien is not yet sponsored. 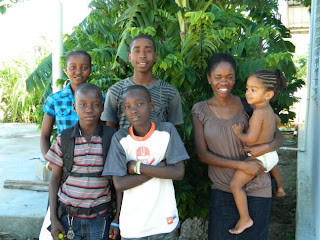 I took this picture this morning before they left (Mezou not pictured as he had left in another vehicle earlier in the morning). No, Ani is not going to Port-au-Prince. She was crying so hard because Josiane was leaving that she got Josiane all red eyed and crying too. I let her go to Josiane for a few more minutes while I took the picture… hence Ani looks perfectly happy and Josiane is in tears.