My goodness, how time flies! I cannot believe it has been a month since I posted!

Well, here is a bit of what has been going on…

1. Indy and Williamso, two of our teachers, came up with a plan to do a census in the area. This was exciting because not even the government really know how many people really live in this area. They put together a seminar to teach some youth in the area how to do the census as well as other important things like how to share the importance of planting trees and other environmental and hygienic issues. 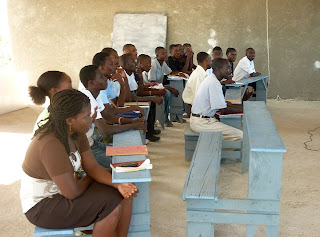 Youth at the Census Seminar
2. There is a part of the road between us and the nearest town of Anse-Rouge that always causes problems when it rains or when water comes down from the mountains in the ravine. It becomes a deep mud pool and has caused problems for trucks and motorcycles as well as for pedestrians and donkeys. A group of young men from the area decided they were not going to wait any longer for the government or anyone else to fix the road so they got together, borrowed some shovels, pick-axes and wheelbarrows and got started. 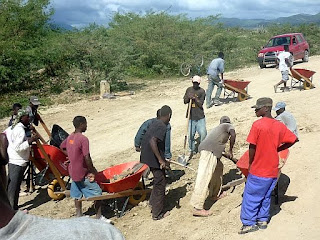 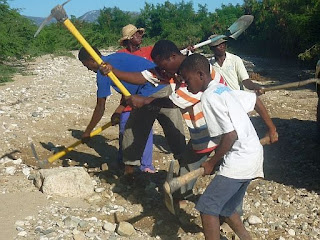 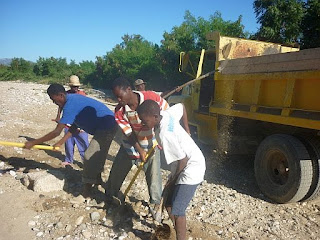 We also lent them our dump truck and driver so that they could haul rocks and sand. 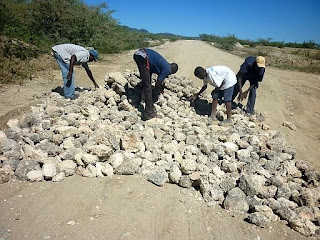 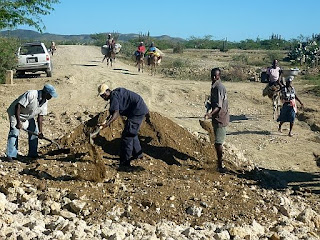 Trucks will no longer get stuck in this part of the road!

3. Many years ago a CrossWorld missionary, Bruce Robinson, almost lost his life providing water for the Grand Diable (Plateau) community. Unfortunately the man on whose land the well was dug did not appreciate people and animals traipsing through his garden to get to the well. Finally, he got so angry he filled in in with rocks and dirt and whatever else he could find.

When Lemuel began working on the Plateau in 1999 we looked into cleaning out this well but the man we contacted said it would be easier for him to dig a whole new one and he did.

Through a series of events an organization called Action Against Hunger decided to pay a local man who digs wells by hand to clean out the old well. Manis had considered this option before but didn’t feel comfortable with the risk this man would have to take. 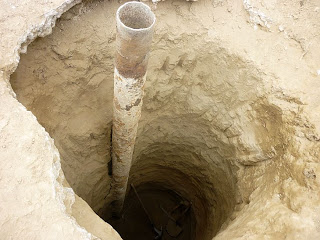 The man and his team were AMAZING! I don’t know how they dug so fast! This was after just a two or three days. 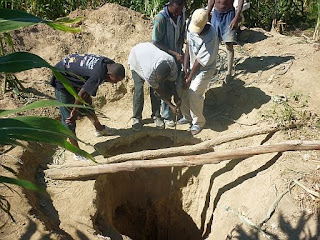 They got down to where they found the pipes that had fallen in and began to pull them out. Then the pipes got stuck on something and they had to dig deeper. By the end they dug almost to the water. I don’t know how deep that is but I know our other well is 200 feet! 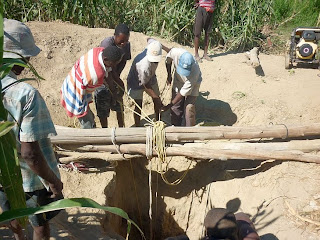 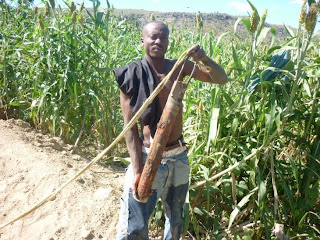 They finally got out the piece of pipe that was stuck. They then put the casing back down in and soldered it together again. They dropped a bottle down in on a rope and it came up with water!!!. The hole is now filled in and the well covered. Hopefully soon we will be able to get pipes put in and a pump put on!
4. Praise the LORD! Not all of the harvest was lost! After hurricane Tomas a wind in the other direction stood some of the millet and corn stalks back up! The people still lost a lot but at least they did not lose everything! 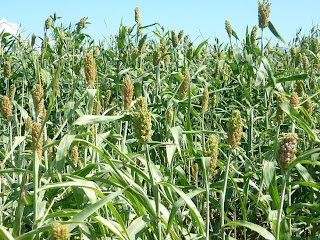