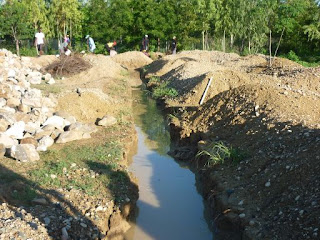 The plan for the day was just to clean out the water from the foundation – for the second time! 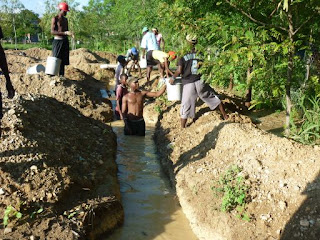 There was a LOT of water! 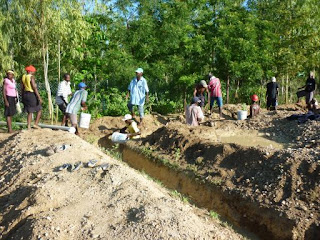 Lots of people from the church showed up to help. 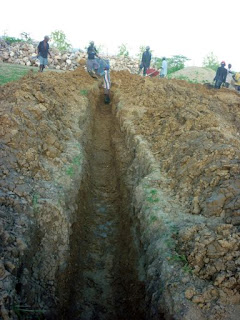 After several hours they had all the water out. 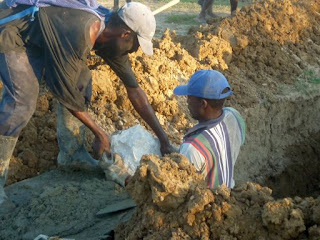 Then they decided with all the rains and a hurricane coming they didn’t want it filling up with water for a third time! So the same day they started laying rock in the foundation. 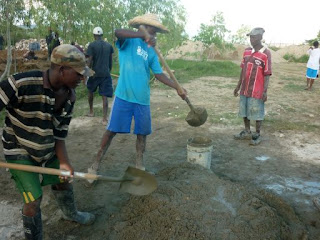 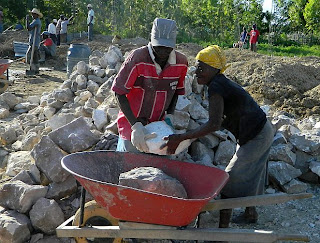 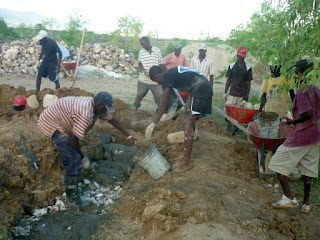 …some carried the cement to the foundation… 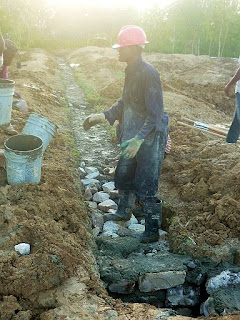 …and others laid the rock and poured the cement in layers. 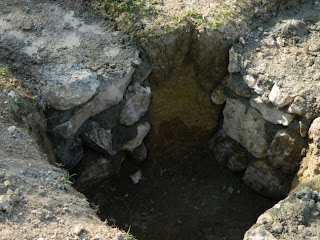 They left holes for where the pillars will go.
Tuesday: 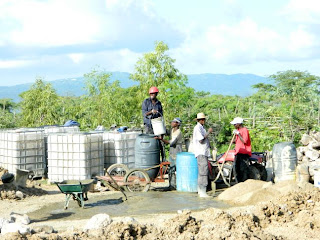 Tuesday morning about 40 people showed up at 6am and worked till 6pm. Mezou and his group were responsible for hauling water and sacks of cement to the work site. 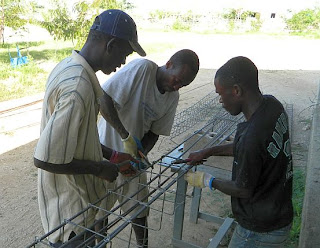 While others continued mixing cement and layering it with the rocks, another group began work on the rebar for the pillars.
Wednesday: 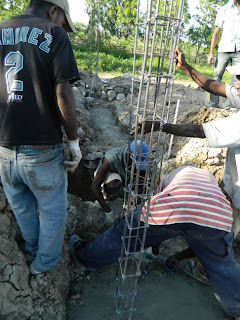 Today they put in all the pillars. 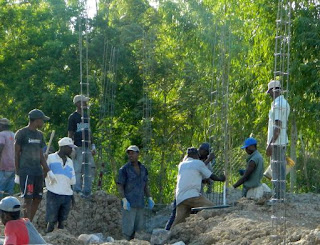 The masons put in a pillar while others look on, taking a break from mixing and hauling. 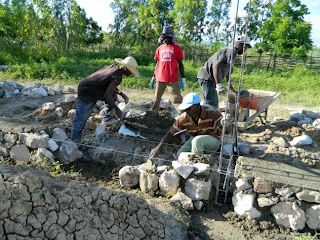 They also began work on the base. Please forgive my lack of knowledge of the correct terms… I know them in Creole but I don’t think that would do much good here. 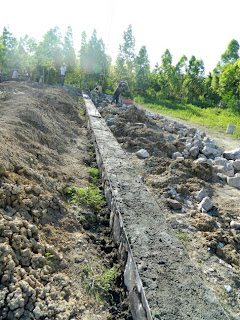 They finished one whole side of the school… that’s 100 feet!

Tonight or tomorrow tropical storm Emily is due to hit Haiti. Please pray for this country that it will be spared the strong winds and flooding rains and the destruction they bring.