For the first two weeks of school there were still quite a few parents who weren’t yet able to send there children.  Most of them were there today, though, so without further ado… 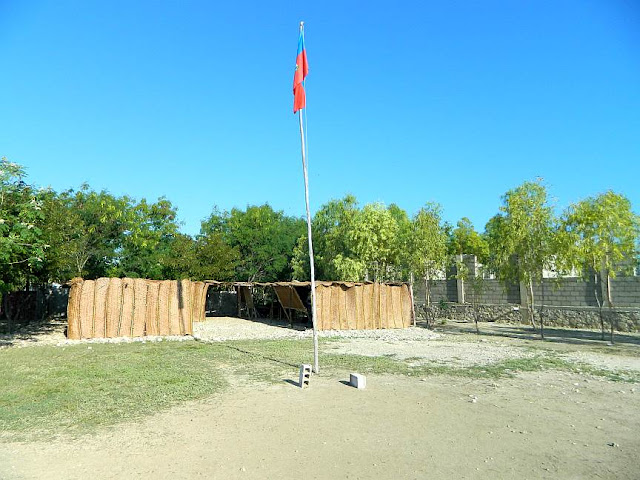 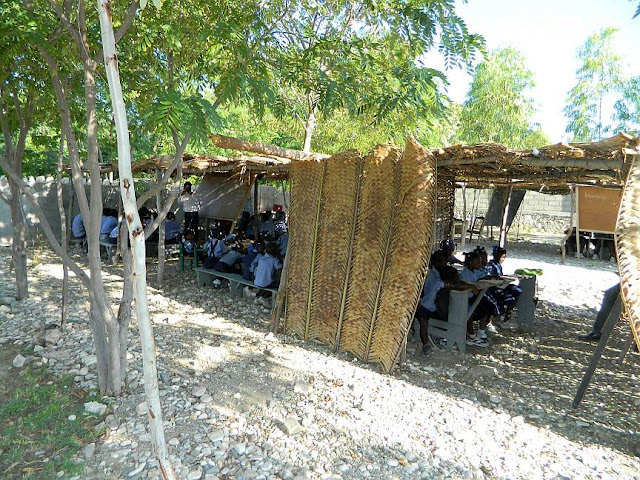 First, Second and Fifth Grade on the left side of the building.
I will be so happy when each class has their own room! 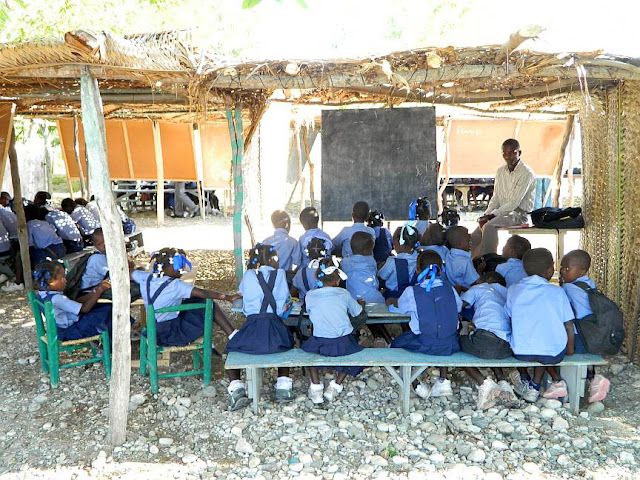 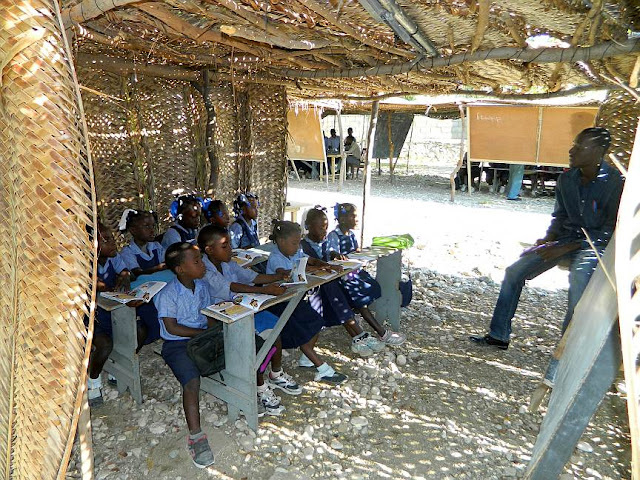 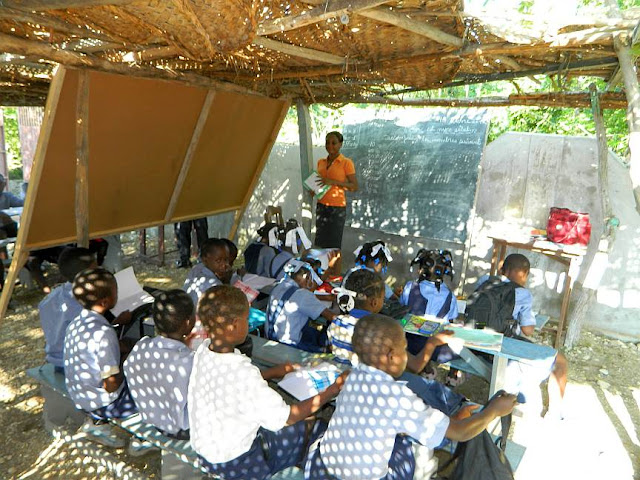 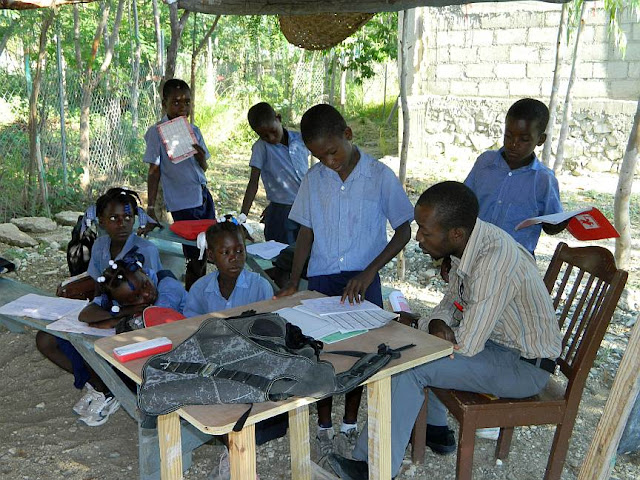 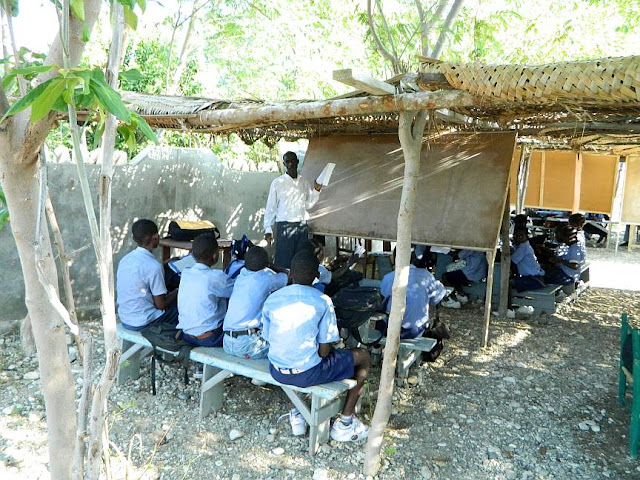 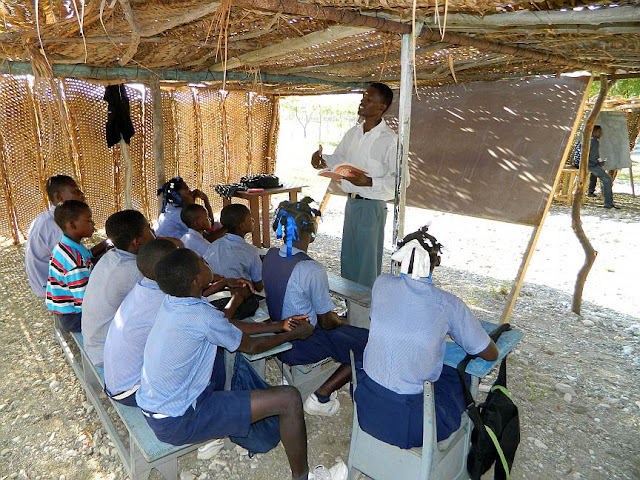 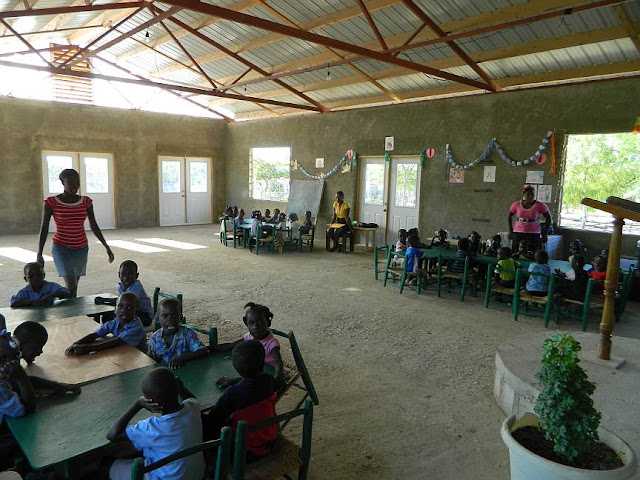 The three Kindergarten classes all meet in the church building 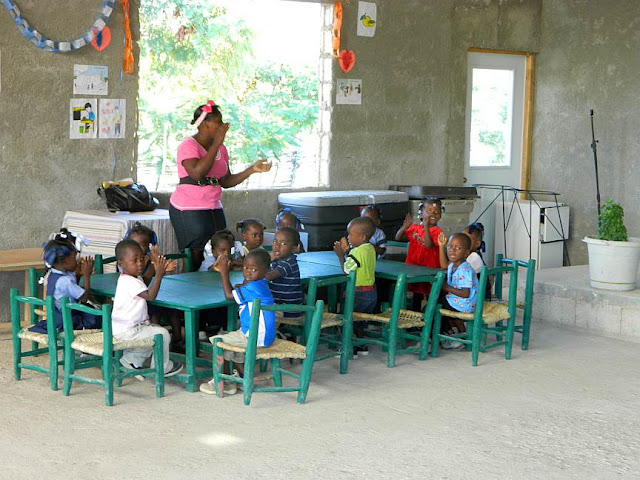 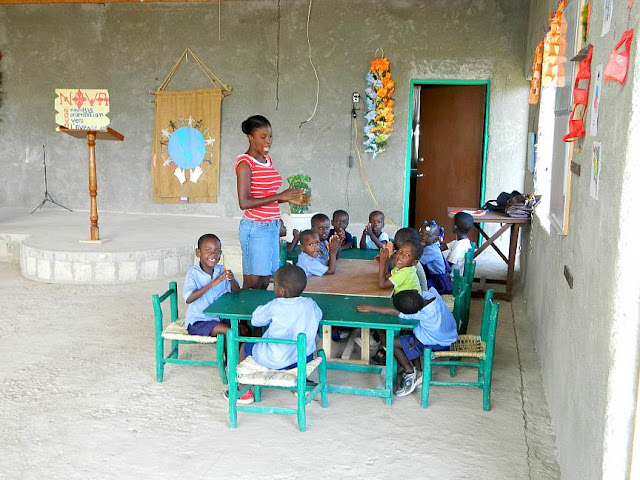 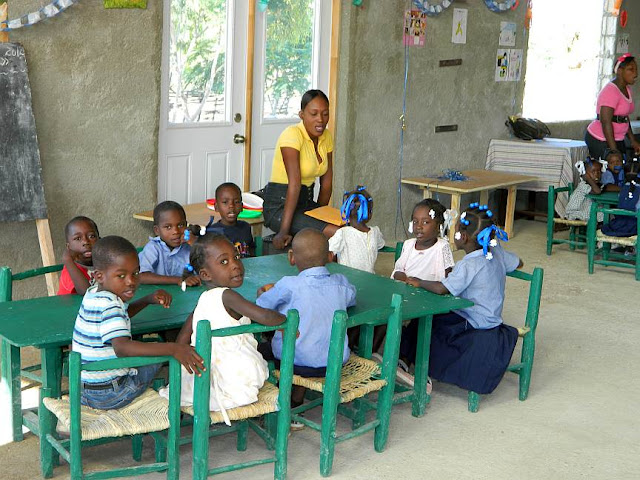