Dear Friends,
As we look toward a new school year, I want to thank all of you who have supported Lemuel over the last year through your prayers, encouragement and financial support.  We hope that you know what a vital part you are of our ministry here.  You are not just a far away, unknown supporter – you are a part of every single thing that Lemuel is able to accomplish.
As part of our team, we would like to get to know you better.  If you would be willing to drop us an email just sharing a little bit about yourselves, maybe a picture, and any prayer requests you might have, we would consider it a great honor to be able to become better acquainted with you and to pray for you.  You can write to us any time at judy.dilus@lemuelministries.org.  If you have any questions about our work here or any suggestions about how we can connect with you better, please let us know that as well!
This past year has brought a significant change in Lemuel.  As many of you know, Lemuel was started in Port-au-Prince and worked primarily with underprivileged kids from some of the worst slums in the city.  Back in 2005, the staff in Port-au-Prince voted that Manis himself should move up to the Plateau to head up the work here.  No one they sent was able to pierce this community.  Being that he is from this area they knew that he was the only one who would be truly accepted into this community and able to work with the people here.
Over the past seven years, the Port-au-Prince staff has continued to hold up the ministry there as best they could.  They have worked sacrificially to continue reaching out to the surrounding communities and to the students in the sponsorship program.  We have seen many of our youngest children grow into young men and women, and this past year a large number of them completed their final year of high-school.

As we looked to the future of Lemuel in Port-au-Prince, and prayerfully considered our role there, we have felt the need to turn over that ministry to those who are there.  Being so far removed, we have become increasingly disconnected from the situation and needs in Port-au-Prince, and have felt God’s direction in focusing our time and energies on where he has placed us here on the Plateau.

Leon Cameus, a long-time administrative staff member in Port-au-Prince, has expressed a willingness to head up a new ministry in Port-au-Prince along with the help and support of those who have grown up in the program, as well as some key men who have supported and helped Lemuel from its infancy.  It has been a difficult process to turn over the ministry that was once such a huge part of our lives and to trust God with its future, but He has proved Himself faithful time and time again and we know the ministry and the people we love in Port-au-Prince could not be in better hands than His.

This past year, as we brought to a close our involvement in Port-au-Prince, we have also been thinking and praying through where God is leading our ministry here on the Plateau.  As part of this whole change process, we decided that it was time for a change to Lemuel’s logo and appearance.  Many of you have grown to know Lemuel’s image as a lighthouse.  Indeed, we have sought to be a light that would draw people to Jesus Christ, and we pray that we will always hold that as our utmost goal.  But as we looked at our ministry here on the Plateau, we felt that there was more to what we are doing and that a new logo might help us to express that better. 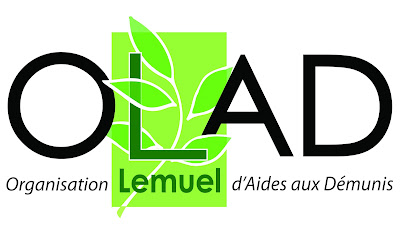 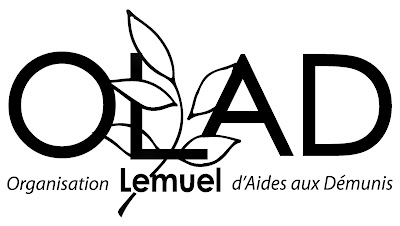 Our new logo is not just to represent the trees that have been planted or the environmental improvement of the area.  Much more importantly than that, it is to represent growth.  Our desire is to see the growth of people in every aspect of their lives.  First and foremost: growth in their spiritual lives as they come to know the saving grace of God through Jesus Christ and as they grow in their faith in Him.  The Gospel, though, is meant to impact every aspect of our lives.  So as a part of their spiritual growth we also seek that they may grow in their physical and social lives as well: growth toward greater maturity, growth toward better relationships with themselves, others, and the environment that God has placed them in.
To summarize this, we have defined our purpose as:
To impact lives by investing in people as whole beings.
This is a shortened form of our complete purpose statementwhich is:
To make disciples of Jesus Christ among the destitute of Haiti
by investing in people as whole beings.
We have defined our dream as:
To develop a generation of disciples of Jesus Christ who will carry on this vision.
You have probably noticed that our new logo is in French.  Lemuel is a Haitian organization.  As such, our official name in Haiti is OLAD, which, translated from French, stands for “Lemuel Organization: Aid to the Destitute”.  Instead of continuing to have two separate logos (English and French) we have decided to go with one official logo in which the name Lemuel is clearly apparent.  We hope that we have attained that.  You may see in some publications the use of simply the “L” and leaf.  This is also an official version of Lemuel’s logo. 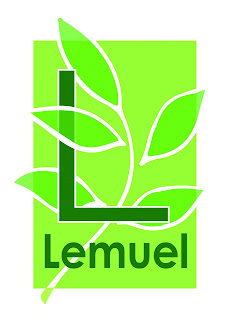 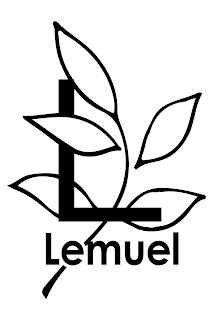 Infinite thanks to all of you who make the work of Lemuel possible.  May God bless you today and every day and may we all know Him, love Him and follow Him more each day.
Sincerely,
Judy Dilus
General Secretary
A special thanks to Joshua Hamer for creating our new logo and for his patience with me in the process!