So much has happened over the past month that I have not had time to write about all of it! One of the most exciting things that has happened is that the wind pump is working!

You may remember that a group came last year to built the cistern which would collect the water pumped by the wind pump. They had also intended to get the wind pump installed but too much wind had prevented them from putting the head on. The well that we had originally intended to put it on was also blocked from a pipe that dropped down in it… so everything was on hold.

In the meantime we were able to get an older, better well cleaned out. The man who sold us the wind pump also agreed to come down and finish the installation!

So, last month Ed Leid (from whom we bought the wind pump), his wife Renae, their son Justin, and Vince and Bruce from Rotary (who financed the project) came down to see to project completed. 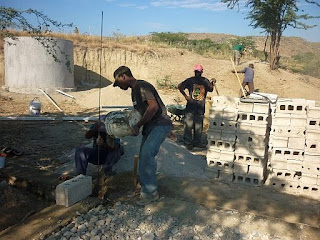 In preparation for the group the guys built the wall where the people would come to get water. 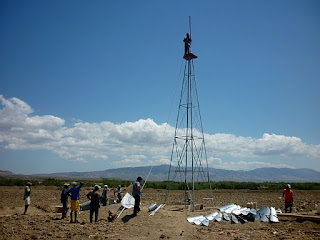 Ed, Justin, and men from the community first moved the tower to the new well. 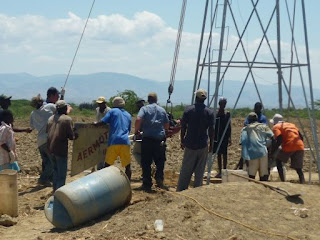 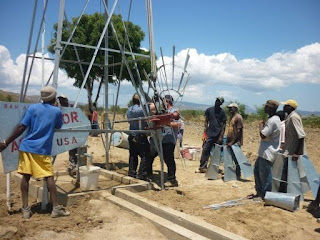 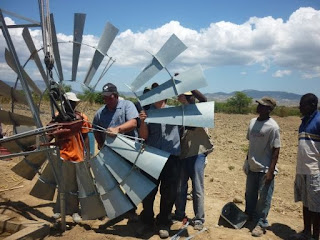 They then put the head together… 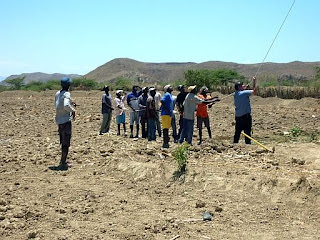 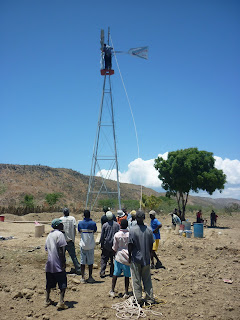 …and lifted it up with a pulley system. 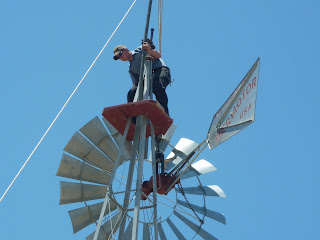 Justin was willing to be the one to climb all the way to the top! 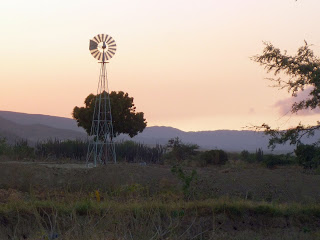 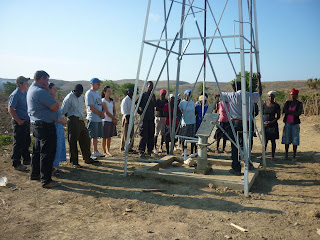 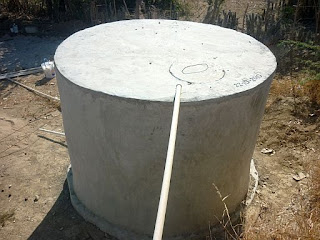 The wind pump pumps the water into this cistern. 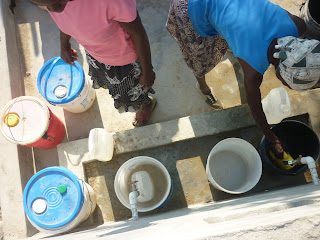 From there it goes to these spigots where the people can get water without pumping by hand! 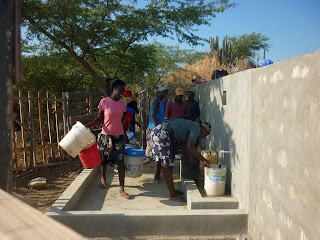 There was much joy the first day as people filled the first buckets from the new system. 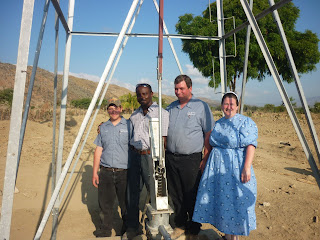 Manis with the Leid family. 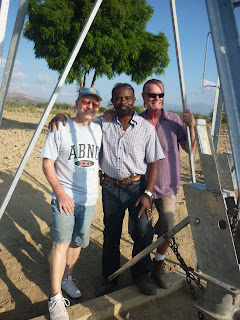 Manis with Vince and Bruce from the Rotary Club that financed the project. While on the Plateau Bruce (an electrician) and Vince also finished installing an electrical system in the guest house and fixed the system to the Lemuel house.